Currently, the Weyburn OTS Oilwomens, are proud sponsors of Weyburn Artistic Swimming's club-level awards. We are so appreciative of this partnership and their ability to reward individual success and achievement!  Recreational awards are awarded at our Spring Water Show.
​
2018/19 Award Recipients
Most Improved Recreational Athlete of the Year - Maya Kelln
10&U PS - Avery Wilson
12&U PS Most Improved - Kyra King
13-15 PS Most Improved - Haley Copeland
​16-18 PS Most Improved - Megan Dammann 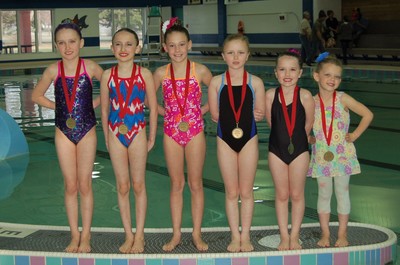 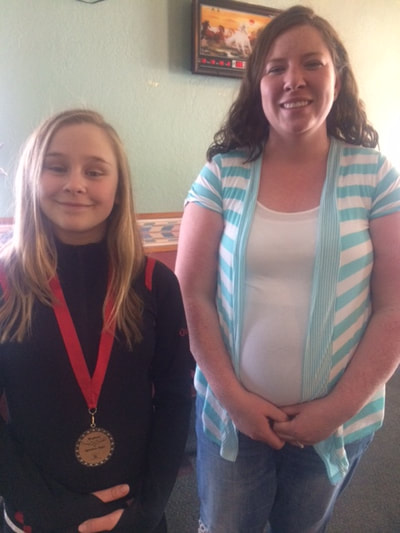 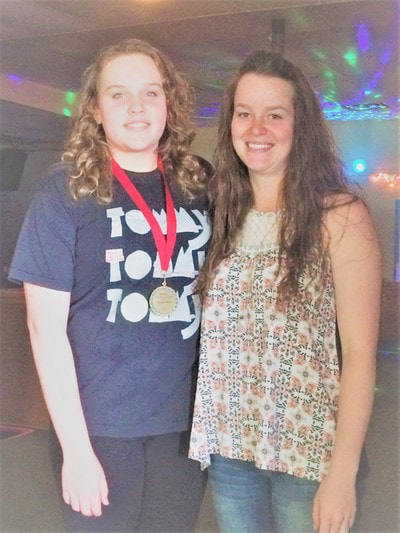 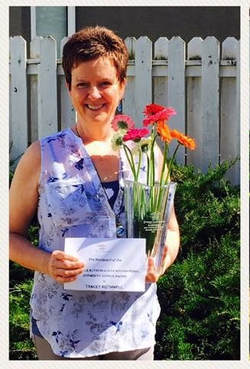 Congratulations to our Head Coach Tracey Rothwell for being the recipient of the 2017 Volunteer Woman of the Year Award!
Tracey has been a huge part of our club for 19 years.  Tracey is a RN at the Weyburn Hospital. There were (and still are) many days that she spends the entire day in the OR at the hospital, stops in at home to change clothes and comes to the pool to spend 3 hours on deck every week.
She began when her oldest daughter was interested in swimming with the Weyburn Synchro Stars at the age of 5.  With her daughter's new interest, Tracey found a passion!  She has done it all over the years.  She has been a proud parent on the sidelines cheering for both her daughters and many athletes.  She has been a make-up/hair artist, a board member for both the Weyburn Synchro Stars and Synchro Sask., a lesson planner, a choreographer, a DJ (mixing music for routines), a coach, a mentor, and a great role model for everyone!   We are thankful for the countless hours she dedicates to our club and athletes.

Tracey volunteered many years on our Weyburn Synchro Stars board.  In the early years, by necessity as the club grew.  Last year she stepped down as we had parents willing to fill the role as board member.  Tracey spent 10 years on the Synchro Sask Board, 3 years as the Grassroots Chair and another 6 years on the committee. This seat on the board was responsible for support and encouragement to the rural clubs in Saskatchewan. She was a resource for many rural clubs as they faced difficulties with athlete recruitment/retention, building a club and many other issues that the Weyburn Synchro Stars Club had gone through. She also sat on the Technical/Coaching Committee and helped write and re-write the rule book and other documents that Synchro Sask uses.

She took it upon herself to learn about Synchro and began helping out.  She educated herself about the sport and decided to take the "Introduction To Coaching Course".  She continued coaching and learning.  Both of Tracey’s daughters and some of their team members were very successful swimmers, making Summer Games Teams and many High Performance teams.  With this, Tracey was able to participate in the camps held for the team. This gave her the chance to advance her coaching skills, learning from coaches brought in from around the country along with former Olympic swimmers.  Tracey still attends these camps as she still continues to coach the High Performance swimmers in our club.  Her athletes have won numerous awards for their routines, individual figures, and even their own coaching awards.

Tracey is a big advocate for our older athletes coaching the younger “newer” swimmers. She developed a report card system for our club to be filled out as the girls progress through their levels (Stars). Our teen athlete coaches are encouraged to take the "Intro to Coaching Course" that Synchro Sask puts on each year. She has also encouraged and mentored former swimmers to come back to coach along with recruiting club parents to help coach.

Tracey’s younger daughter retired from synchro in 2011, but still Tracey dedicates 3 nights a week at the pool, many competition weekends away, and countless hours at home for our athletes.  She is a tireless advocate for synchro in our community and the province.  For all your dedication over the many, many years, we thank you!  We are so proud that you have received the 2017 Volunteer Woman of the Year Award.

​The Saskatchewan Artistic Swimming (SAS) Awards event is held in conjunction with the Fall Figure Meet, typically in November. Submissions to  are due in June of the preceding competitive season. These include the swimmer awards as given at the Club level as well as volunteer award submission.
Our awards committee is responsible for these nominations. If you are interested in volunteering to be part of this committee, please contact the club President. Information is forwarded by SAS prior to all deadlines. All SAS trophies are on loan to the recipient for one year. It is the responsibility of the recipient’s club to ensure all trophies are returned to SAS in good repair when requested.